Jacqueline Myers-Cho, a contemporary artist, creates big and bold, yet soft figurative works that are walking the line between the conventional notions of painting and illustration. These stylized females and creatures are painted in a classical way, rendering them fresh and new.

“I approach the canvas not so much with a completed painting in my mind as with a feeling,” she says. “As the work progresses, I keep asking what needs to be done for it to be better. This process of painting better consumes me into something like a walking meditation, constantly stepping back from and forward to the canvas in order to see better,” she adds. From this process emerge glowing figures as if they were stepping forward from the background; some of the edges are soft, others hard; the figures carry the attitudes of spunkiness, aloofness, and regalness.

Myers-Cho has been influenced by a number of masters: Henri Matisse for his female figures and his late collage works, Georgia O’Keeffe for her boldness and subtle tones, Rembrandt for his glazed backgrounds and how the figures emerge from them, but she says, “I have also been influenced by two “lowbrow” artists: Mark Ryder for his stylized girls and Joe Sorren for his surreal settings and figures.” She has developed a unique style, and her work often contains exaggerated figures with large eyes, a large head, and a long neck.

Myers-Cho likes to play with “opposites,” such as “soft/hard, tight/loose, real/surreal, and warm/cool.” These elements catch the viewers’ attention and draw them into the painting. Once there, the viewers’ attentions are riveted and their perception is sharpened by her artistic skills and the stories her painting tells.

She has received several awards and has been showing her work since late 1980s. Her artistic pursuit has taken her to many different places, one of which is the island of Maui. While there, she enjoyed the gallery scene being represented both in Lahaina and Kihei. Her works have been collected by fine art collectors from many countries and regions: the U.S., Japan, South Korea, Sweden, Australia, and Italy.

She now lives in Los Angeles with her husband and her daughter. 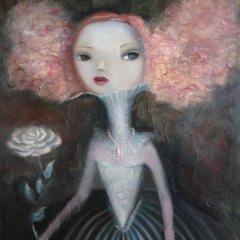 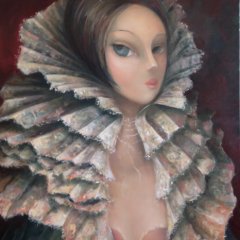 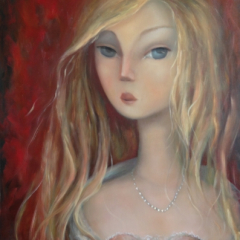 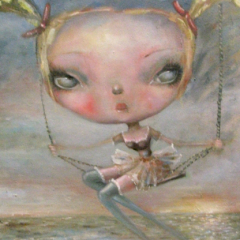 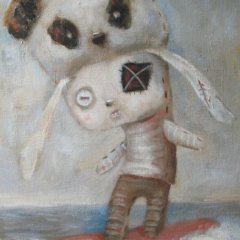 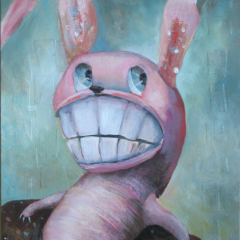 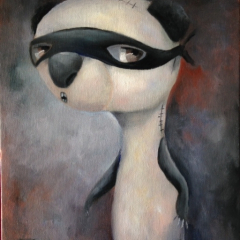 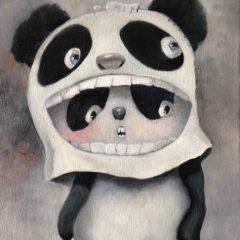 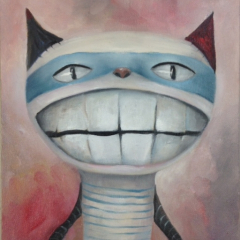 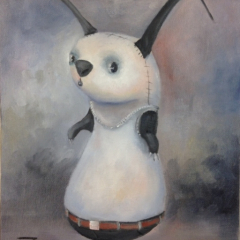 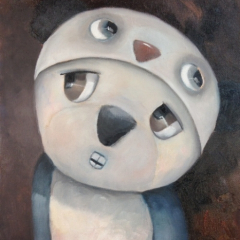 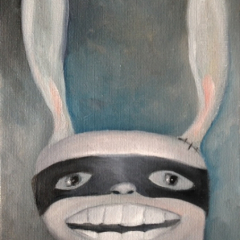 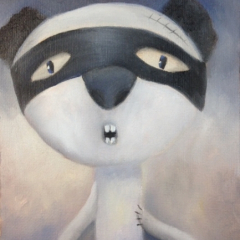 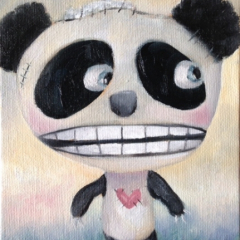 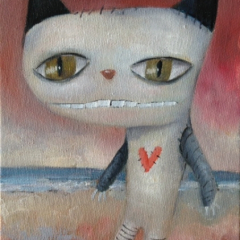 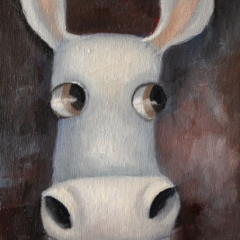